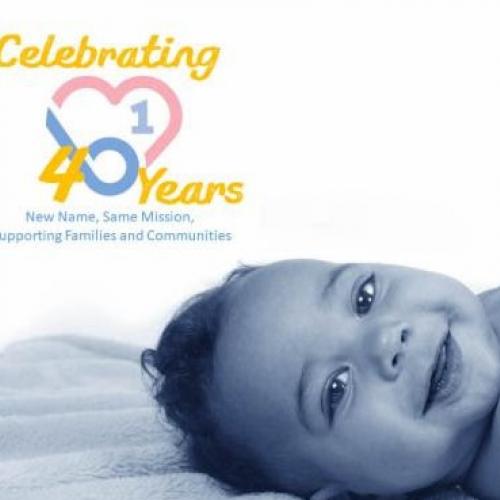 The evolution of Baby 1st Network began nearly 40 years ago when the SID Network of Ohio became the umbrella organization for the many regional and local sudden infant death syndrome organizations, and formerly merged programmatic and service delivery operations. Merger affiliates were located as branches in Akron-Cleveland, Columbus, Cincinnati, Toledo and Dayton. The Network became the only statewide volunteer health organization dedicated exclusively to solving the mystery of Sudden Infant Death Syndrome. In addition, the Network also offered supportive services to those families who tragically loss an infant age two and under, suddenly and unexpected in the Ohio population to either diagnosed or undiagnosed causes and manners of death.

Once it became one entity, the SIDS Network set up headquarters in Cuyahoga Falls, Ohio, working to serve the families of Ohio experiencing first-hand the tragedy of Sudden Infant Death Syndrome (SIDS). The mission: to improve the knowledge and skills of those who interact with SIDS/other Infant death families, and to increase public awareness and knowledge regarding sudden unexpected infant deaths.

In 2002, in response to the needs created by the occurrence of SIDS and other infant deaths, the Ohio Department of Health (ODH) created the Sudden Infant Death Syndrome (SIDS) Program. Funded by the Maternal and Child Health Services Block Grant the purpose of the program is to ensure compliance with the mandates of Ohio Revised Code 313.121, related to the reporting of sudden and unexpected infant deaths and the provision of support and bereavement services. The program also provides expert consultation on SIDS; serve as a liaison with national and local SIDS organizations; and act as a resource for current information on SIDS research and risk reduction. An ongoing program, Baby 1st Network works closely ODH along with the Ohio Coroner’s Association and local health departments to ensure appropriate service providers are alerted when there has been a sudden infant death in a community. The Network also offers training sessions to nurses, first responders, social workers, day care providers and others.

In 2015, the organization expanded its mission to focus more on community outreach and education, promoting infant health and wellness and support state-wide efforts to reduce the rate of sleep related infant death, which continued to increase despite efforts by the state of Ohio health agencies, particularly in African American communities.

That same year, the SID Network embarked on an organization-wide assessment recognizing the changing external environment. Increased infant mortality rates in recent years guided the SID Network into creating specialized programming in diverse communities which resulted in high visibility and diverse funding opportunities. Through a strategic planning process, the Board of Directors determined that it was best to build on the foundation that was laid nearly 40 years ago. We listened to our constituents and key stakeholders, followed our hearts and determined that the organization’s future laid with building on the success of its existing community outreach programs and the expansion of its bereavement services to previously underserved populations.

The Board of Directors voted to change the name of the organization to the Baby 1st Network. This process of rebranding represented a new direction of enhanced positive, proactive work within our communities beginning October 1st, 2016.

The Baby 1st Network truly understands the importance of building trust in communities to improve birth outcomes. We also recognize the importance of providing compassionate and supportive bereavement services to families who have suffered the devastating loss of an infant. Our mission clearly reflects our determination to become a leading resource for infant safe sleep information and training, and a valued collaborator in community efforts to reduce infant mortality.

Recognizing the importance of partnerships, the Baby 1st Network strives to collaborate with the public and private sector, institutions of higher learning, faith-based and civic organizations, in addition to community-based associations in both rural and urban areas.

In 2018, Baby 1st Network celebrates its 40-year anniversary, serving communities around the state of Ohio. Now headquartered in Toledo, Ohio, Baby 1st Network continues its work with ODH, other health-related agencies around the state, nonprofits and community-driven organizations. Through these collaborative efforts and the implementation of SIDS risk-reduction activities, it is anticipated that increased awareness regarding infant safe sleep practices will reduce the number of infants who die suddenly and unexpectedly from sleep-related causes.